The Time is Now

“And, behold, I come quickly; and my reward is with me, to give every man according as his work shall be.” Rev 22:12 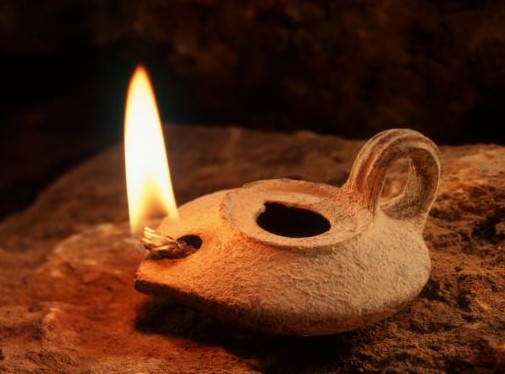 Have you ever noticed that if you happen to snooze through your morning alarm clock and oversleep, when you actually do wake up, it’s like you were jolted with electricity? That is if you have an important appointment or have to get to work or have to wake your kids up. The adrenaline rush shoots through you and you are instantly awake, all drowsiness vanished and you’re usually moving much faster than you would ordinarily.

I have noticed that us as God’s people (and the world as a whole) have been slumbering a long time. Just like a frog in a pot of slowly warming water, we’ve hit the boiling point and it seems no one is listening. Slumbering long enough for millions upon millions of tiny little babies to be killed like it was no big deal. Long enough for swearing, lying, murdering, stealing, and all kinds of sexual sickness to become the norm on our television and movie screen (and us wonder why those things are increasing in society). Long enough for evil to be called good, and good to be called evil.

We know things are going to get far more serious before the Lord returns and we know how the story ends (see Revelation 1- 22). However, we must be ready. The Lord said to watch and pray (Mark 13:3, Luke 21:36, 1 Peter 4:7). But are we sleeping in the pot of warm water?

There was a wedding that was going to be beautiful and wonderful and many people were invited to join in the celebration of the bride and groom. The wedding would probably start sometime in the night, and as was the custom in that country, the groom would call his friends when the celebration was getting ready to start.

Now some of the young ladies who were going to attend were excited and made ready. They all brought lamps for light (remember, it was a night time wedding). Of about ten of them, five were prepared and brought extra oil for their lamps (because they didn’t know when exactly the groom would be calling them). The other five just brought their lamps.

Well, the night grew long and as can happen, they all ended up falling asleep. Suddenly, around midnight, they were awakened by the sound of the groom calling to them! Hastily, they roused themselves and got their lamps ready. But they had been waiting so long, their lamps had run out of oil! The five who were prepared had no problem, because they were ready with their oil. The five who just brought their lamps were in a pickle. How could they see since it was so dark out. They said to the five prepared ones, “Share your oil with us because our lamps have gone out.”

But the prepared ones couldn’t share because they only had enough for their own lamps. So the foolish ones went out trying to quickly find oil from those who sold it, while the ones who were prepared, went out and joyously joined in the celebration of the bridegroom.

When the foolish ones were finally able to get to the wedding, they found that door was shut. They called out to their friend, the groom to let them in. But those that he knew were with him already. He said, “I don’t know you.” And they missed out.

The sobering thing about this story is the finality of ending. We all are probably familiar with the parable from Matthew 25, but most likely have become numb to what it means and just nod our heads in agreement when it’s preached and move on. The scary thing is, for those who are not ready and leave off having oil until the last will find it too late to fix, too late to be ready. We could ourselves as the frogs in the warming pot of water, suddenly boiled and too late to return.

Yes, we live in perilous times and things are going to get worse. But have you hit snooze on your alarm clock? Are you hoping to buy oil at the last minute if you run out? Are you banking on your name as a Christian, your Sunday church attendance, or the righteousness of your pastor to get you into that friendship with Christ?

There are events that should jolt us awake right now to realize what is going on. Just look around at the increasing evil, violence, and peril around you. We simply cannot afford to wait to get right with God or to prepare ourselves. Remember, each of those young ladies received the treatment she deserved. Those who were ready were brought into the wedding. Those who were not prepared were left without. There were no exceptions or excuses.

And don’t think that we as Christians are above this principle. In the story Jesus told in Matthew 25, He was talking about those who were considered His friends – Christians.

Yes, we have a loving God. But He has set the world orderly in place with His laws (and obedience is one of them) and in order to obtain any blessing from any law He has put in place, we have to fulfill our part.

Friends, please don’t just read this, nod your head and move on – lest it be too late. Lest you find yourself jolted awake with that adrenaline rush, realizing the bridegroom has called and you have no oil. Lest you find yourself where you don’t want to be and no way to fix it. Wake up now and prepare now. Get your hearts right with God. And ask yourself, do you have oil for your lamps when the night comes? For it will come and unexpectedly. Pray to be ready. Pray to be prepared.